Chevin Cycles contracted Rodley Interiors to fit-out both their new Skipton and Harrogate retail stores. With the Tour de France due to pass outside both shops this July, a quick completion was necessary.

We suggested that the suspended ceiling systems that will work best in this instance are lay-in tiles. 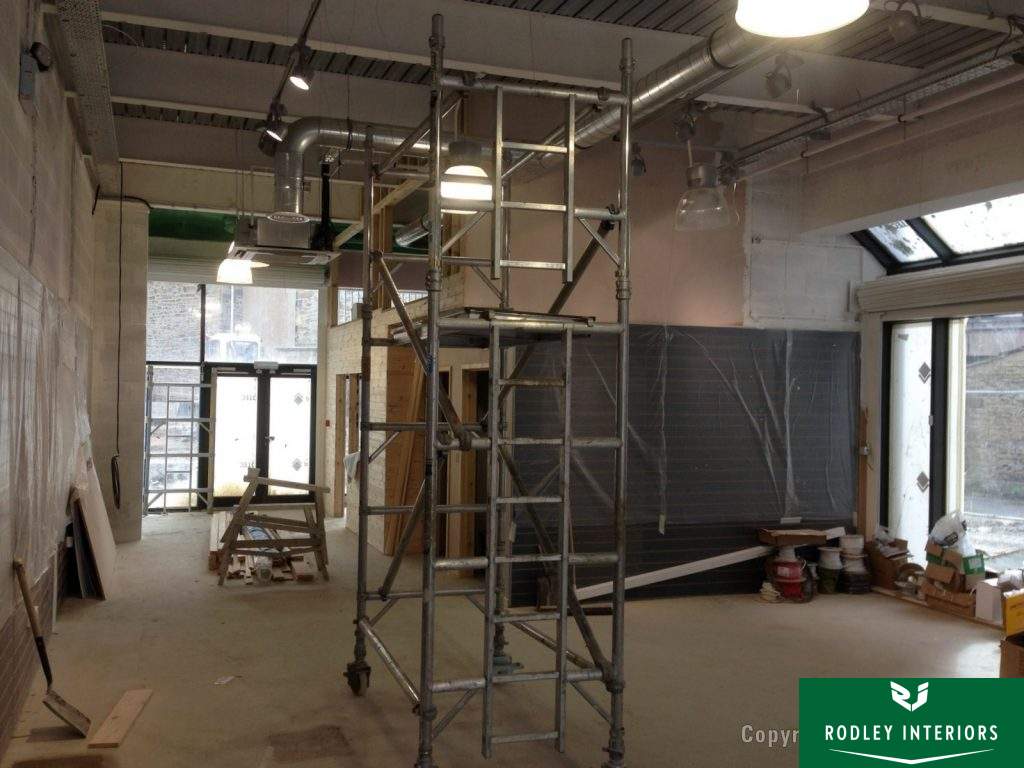 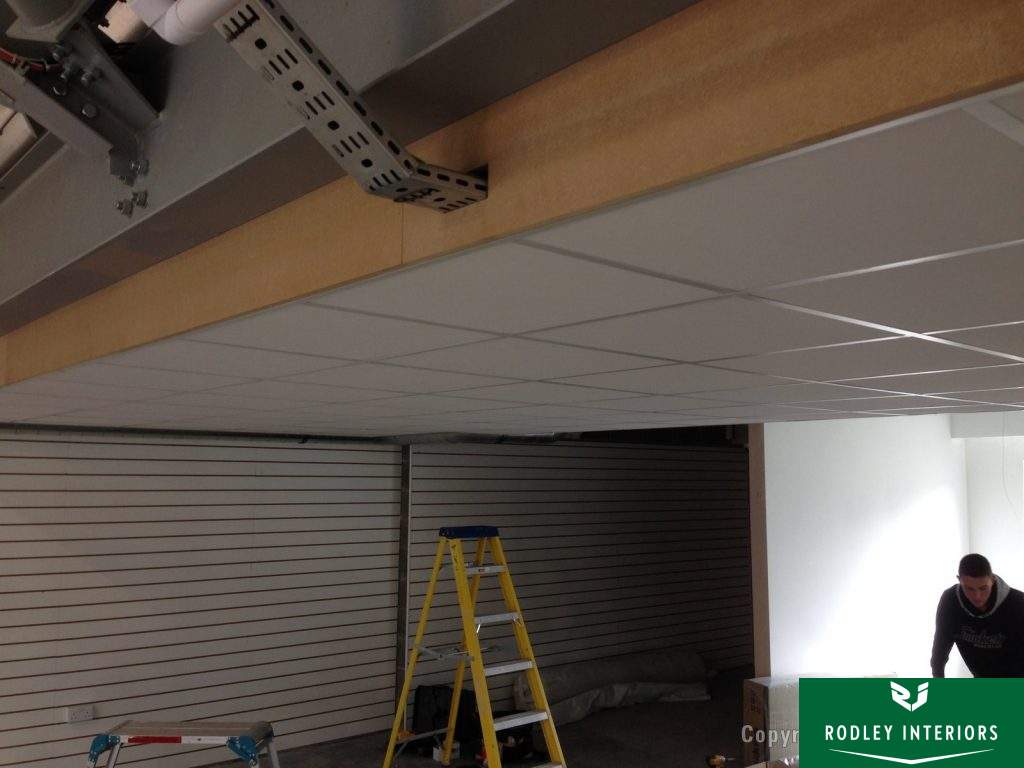 The dry lining is fitted to various outside walls which helps hide the  block-work and is finished with a skim plastering coat.

We offer all the services required for a retail fit-out including: 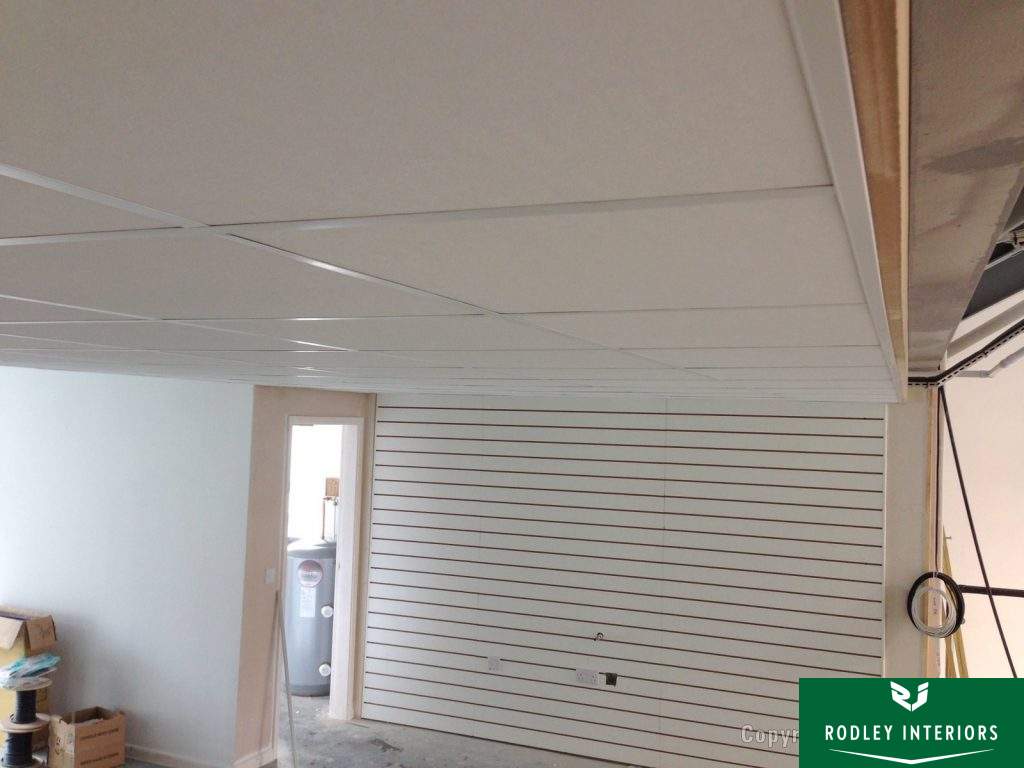 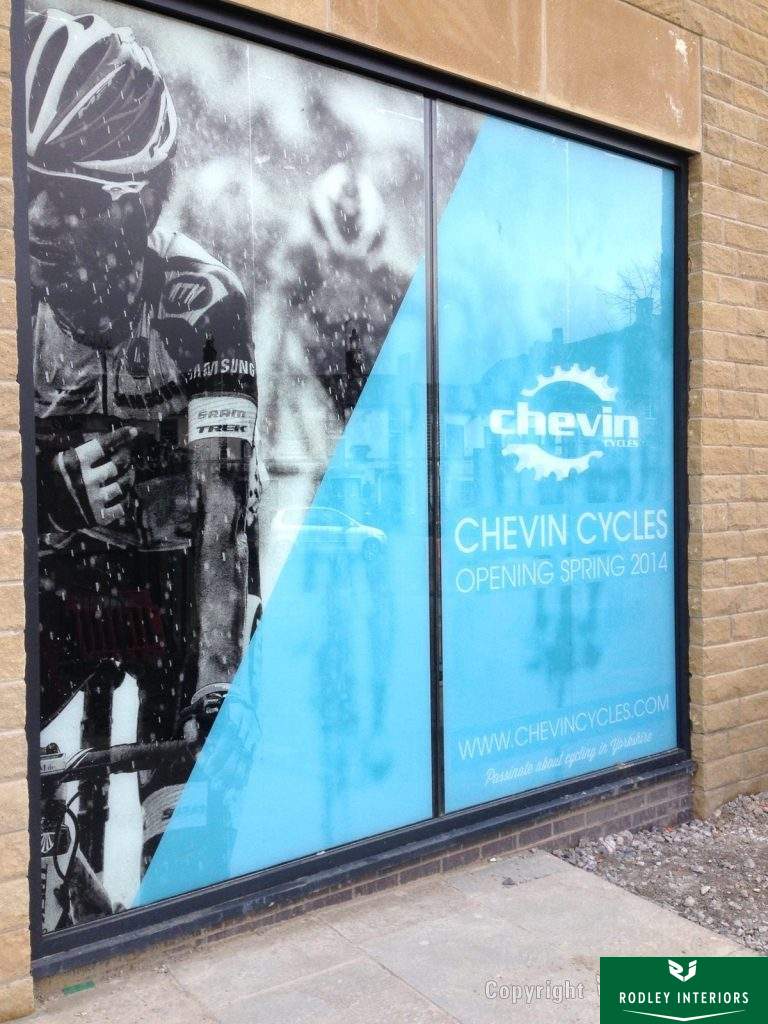 You can now lease the complete office refurbishment job including partitioning, fit-out work and office furniture!

Acclaimed S.
06:26 27 Feb 20
A fantastic job carried out at our new Leeds premises. The professional friendly team created 3 new solid/glass offices in our open plan floor space. Great quality, a superb finish and attention to detail. We would have no hesitation in recommending Nigel and his team at Rodley Interiors.

Jordans S.
15:36 19 Feb 20
“We have used Rodley Interiors for many years now, they are professional, very pleasant to deal with and competitively priced. Their team always complete works within given timescales and are happy to “tweek” initial plans to our specifications during the works. What is most impressive however is how they deal with the rare thing that we need them to change upon completion of works, this is done as quickly as possible and without fuss or additional cost."Jordans Solicitors (Yorkshire) Limited

Mike H.
11:00 10 Feb 20
Many thanks to Rodley Interiors with the partitioning work carried out in our works, a friendly and approachable company with very professional staff, highly recommended

Rhys B.
09:07 15 Jan 20
Fantastic service from Vanessa and the whole team at Rodley Interiors. Cannot fault them from start to finish. I would recommend them to anyone needing a glass partition.

Eatons S.
12:17 12 Jan 20
We have used Rodleys twice now for work to our offices and on both occasions, the work has been exceptional. They work very hard to ensure minimal disruption and the attention to details is very good.

Ian P.
14:29 10 Jan 20
We are really impressed by the attention to detail with some office partitioing we had moved and added to. We believe the work represented excellent value.

Karl H.
07:41 06 Jan 20
We have used Rodley Interiors a few times for various works. Every time, we have had a pleasant and smooth experience. Everyone is polite, friendly, helpful and a pleasure to deal with.The work is always done to an exceptional standard and the site has always been left clean and tidy. We can highly recommend Rodley Interiors for any office works required.

Sophie Jayne H.
10:45 21 Oct 19
Wonderful, in and out, got the job done in an evening - so quicker than they quoted for as well. Cleaned up beautifully, liaised with myself for any extras.

adrian H.
09:16 15 Oct 19
The mark of a good company is how they react when things don't go exactly to plan. When I rang Rodley with concerns about the completion date they came straight back to me with a solution and importantly stood by their word. Very happy with product, workmanship and responsiveness of their back office support.

Andy T.
07:50 10 Oct 19
We have had a close working relationship with Rodley Interiors over the years, and would have no hesitation in recommending them for any glass partitioning or refurbishment works.

Andrew B.
20:19 01 Oct 19
We have used Rodley Interiors on a couple of occasions now and each time they have been efficient, tidy and noise respectful in a busy office environment. Top job from a top company - can't recommend them highly enough.

Charlslee
10:27 30 Sep 19
Rodley Interiors have provided us with an excellent service on our recent project. All work has been carried out in a timely and efficient manor and also finished to a high standard. I would not hesitate to recommend Rodley Interiors to anybody wanting to carry out any office refurbishment works - you will not be disappointed!

Harris Real Estate S.
09:19 28 Sep 19
Fist class job, excellent communication and I would have no hesitation in recommending this company.

Eddie K.
11:13 13 Sep 19
We have used Rodley Interiors for a number of high quality fit out projects around the country. They have provided an excellent service throughout and would not hesitate to recommend them for office refurbishment works

Marios C.
14:52 10 Sep 19
Reliable, efficient and professional company. They went above and beyond to meet our needs with a limited budget. I would definitely recommend to others and no doubt use their services again.

Marion R.
08:51 06 Sep 19
Rodley Interiors fitted a new entrance door and screening for the Foyer of our Centre in Boston Spa. The work - and customer service - was excellent and I would wholly recommend them. The job wasn't a large one but they looked after us well and the team that fitted the screening was very professional and did a great job.

Stephanie O.
13:29 19 Jun 19
This is the second time our company has used Rodley Interiors and yet again we have been very happy with the service. The work was completed quickly and to a high standard and they were able to carry out both jobs outside normal office hours in order to fit in with our requirements. Would definitely recommend them.

Elaine C.
14:17 07 May 19
Nigel and his whole team have been wonderful. They have completely transformed our building to exactly how we wanted it. Everything has been done to the highest standard, and all the staff have been polite, friendly, helpful and professional. We will always call Rodley Interiors for any future work that we may need doing. I cannot recommend Nigel and all at Rodley Interiors highly enough!

James D.
09:14 10 Apr 19
The team at Rodley Interiors recently carried out a complete refurbishment of our offices. From the very start to the end of the project they demonstrated amazing knowledge, craftsmanship and organisation to deliver a space that has exceeded our expectations. We would recommend them to any business looking to create a new space for their team at a competitive price. Thanks guys!

Peter M.
13:01 03 Dec 18
We've just had some more work completed by Rodley Interiors and I cant praise them enough. A fantastic team, who work quick and clean and deliver top quality results. I would absolutely recommend them to anyone!

Aysha
09:52 10 May 18
The building work completed by Rodley interiors was to a high standard, fast, efficient, clean & stress free. Great bunch of experienced professionals who even replaced an existing wall panel as they weren’t happy with its condition. Our new iBoardTouch Service Centre clean room environment was completed in a day!Highly recommended 🙂

steven T.
12:10 04 May 18
Rodley Interiors came to remove a small interior wall. Were able to fit us in quickly which was appreciated. Thank you!

Shane B.
13:07 20 Feb 18
Rodley Interiors are a highly professional team who did not disappoint on a recent project that they completed for us, we would highly recommend this company to anyone with any up and coming projects.

Stephanie M.
09:13 11 Apr 16
Rodley interiors were brilliant, they helped us choose and design are interior and they were brilliant at sticking to schedule which for us was rather tight but they did it all with no fuss. Would highly recommend them Mill Accountancy Ltd

Craig W.
11:21 06 Apr 16
Would strongly recommend Nigel and his team for any office refurbishment or in our case a new partition room built within our warehouse. Communication is first class, site is left clean and tidy and Nigel and his team will also accommodate to work around your own issues within your workplace. Would certainly use again.

Julie J.
08:49 23 Mar 16
We would be delighted to recommend Rodley Interiors to anyone who needs specialist interior design/refurbishment. Nigel and his team are highly professional and organised. The best part for us was the efficient communication and their experience when we needed advice. They keep you informed every step of the way. Thank you Nigel, Vanessa, Hannah, Keira, Alexandra and all the team. The chocolates were a delightful surprise, thank you!

Craig I.
14:37 17 Feb 16
Really impressed with Rodley Interiors. Professional service and great looking new interior to our office. Costs were reasonable and the staff friendly. Couldn't ask for a better service.

Clive B.
09:44 29 Jul 15
Contacting Rodley Interiors requesting a quotation for office partitions developed into a very good experience, from the first contact they were very courteous and helpful. The quotation was provided without delay and all variations and alterations requested were "never a problem". The work was carried out on time to a very good standard, the team on site were great to work with, all in all a very easy and professional experience. I would not hesitate to recommend them.

Al R.
15:43 20 Jul 15
Very professional staff and installers. Their prompt professional service is what we needed to move offices without a problem.Thanks again!

Chris F.
13:06 14 Jul 15
Friendly from the outset. Rodley Interiors offered a professional service working within budget. Would highly recommend Nigel and his team if you have an office refurbishment project on the horizon.

Jill B.
09:43 08 Jul 15
First class service from Rodley Interiors, fast and efficient supply and fitting of office blinds. Friendly staff and the workmen cleaned up after themselves which is always a bonus!

Steve W.
06:46 08 May 14
Rodley Interiors provided a new office partition within our offices at Scobie McIntosh Ltd at short notice and to our tight schedule for completion. The team of install engineers who attended were extremely professional and polite and they completed their work with minimal disruption to our day to day business. The finished work was of a very high standard and to our exact specification. I would gladly recommend Rodley Interiors to any company looking to install partitions, office space etc.

Chris S.
16:07 07 May 14
I made contact with Rodley Interiors for a quotation for a partition wall in the reception area of our office. I received a prompt reply and a date was quickly arranged to carry out the works.On the day arranged, the team arrived on time and quickly completed the work, with minimum disruption.I was delighted with the end result, with the quality of the work to my satisfaction.Chris SigsworthManaging DirectorYorkshire Coast Radio
See all reviewsWrite a review